How patients can jeopardize fair tests of treatments

Involving patients in research is not always helpful in promoting fair tests of treatments.

A survey of researchers in 2001 revealed some very positive experiences resulting from involving patients in clinical trials but it also laid bare some very real problems. These mostly resulted from everyone’s lack of experience of this type of collaboration.

First, there were often substantial delays in initiating research. There were also concerns about conflicting interests and ‘representativeness’ of some patients who had not yet appreciated the need to avoid bringing only their own interests to trial management meetings. [5]

Many of these problems seemed to arise from patients’ understandable lack of knowledge about how research is done and funded. Desperate circumstances sometimes provoke desperate efforts to access treatments that have not been adequately evaluated and may do more harm than good, even to patients who are dying. 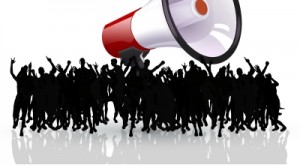 “Are we witnessing patient pester power or quasi direct-to-consumer advertising, where awareness is raised about new products and patients, charities and indeed clinicians then demand that these products be made available?”

We have already referred to the way that lobbying by patients and their advocates for ‘compassionate’ release of ‘promising’ new drug treatments for AIDS had its downside: it delayed the identification of treatments directed at outcomes that mattered to patients. More recently, counterproductive and misinformed advocacy, by both individuals and patient groups, has affected the prescribing of drugs for multiple sclerosis and breast cancer.

In the mid-1990s, interferons were introduced to treat patients with the relapsing-remitting form of multiple sclerosis on the basis of scant evidence of benefit. Very quickly, patients with all forms of multiple sclerosis clamoured for these costly drugs, and healthcare services agreed to fund their use. Interferons became an accepted standard treatment for this debilitating disease.

As a result, we will never know how to give interferons appropriately in multiple sclerosis – the research was never done and it is now too late to turn the clock back. However, with the passage of time one thing has become abundantly clear – interferons have nasty side-effects, such as ‘flu-like’ symptoms.

Herceptin (trastuzumab), as we explained earlier, is not a wonder drug for all women with breast cancer. Firstly, its effectiveness depends on a particular genetic make-up of the tumour, which is present in only 1 in 5 women with breast cancer. On top of that, the drug has potentially serious side-effects on the heart. Yet patient advocacy, fuelling a media frenzy, led politicians to go with the flow of public opinion: use of Herceptin was officially endorsed with scant regard for the existing evidence or acknowledgement that further evidence concerning the balance of benefits and harms was still awaited.

Next: Working collaboratively bodes well for the future