The beneficial effects of optimism and wishful thinking

The psychological reasons for people attributing any improvement in their condition to the treatment they received are now better understood. We all have a tendency to assume that if one event follows another, the first may have been responsible for the second. And we are inclined to see patterns where none exist – a phenomenon that has been demonstrated many times in areas as diverse as coin tossing, stock market prices and basketball shots.

Correlation is not causation 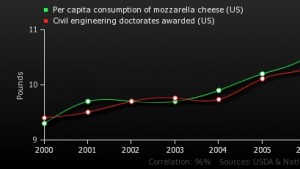 We are all also prone to a problem known as confirmation bias: we see what we expect to see – ‘believing is seeing’. Any support we find for our beliefs will boost our confidence that we are right. Conversely, we may not recognize or readily accept information that contradicts our views, and so tend to turn a blind eye to it – often unconsciously.

Most patients and clinicians hope, of course, that treatments will help. They may conclude that something works simply because it agrees with their belief that it should work. They do not look for, or they discard, information that is contrary to their beliefs.

The British doctor Richard Asher noted in one of his essays for doctors:

These psychological effects also explain why patients who believe that a treatment will help to relieve their symptoms may well experience improvements in their condition – even though the treatment, in fact, has no active ingredient (a ‘sham’, often known as a ‘placebo’).

Patients have reported improvements after being given pills made of sugar, injections of water, treatments with inactivated electric gadgetry, and surgery where nothing happened other than a small cut being made and sewn up again.

Take the example of a test comparing different weight reducing diets. Researchers recruited viewers of a popular television programme who wanted to lose weight and assigned them to one of six diets. One of the diets – bai lin tea – had been promoted as a successful way of losing weight. The average weight of the slimmers went down in all six groups, but in some much more than in others. However, when the results were presented on television, it was revealed that one of the diets – ‘the carrot diet’ – was not a slimming diet at all. It had been included in the test to provide a ‘bench mark’ of weight loss which was due not to any of the six diets, but to changes in eating habits resulting from other factors that had motivated participants to eat differently. [2]

Next: The need to go beyond impressions